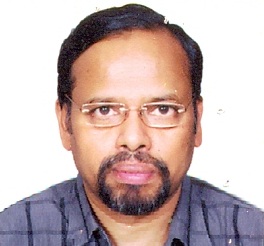 S. MAHESSHWAR RAW has completed his B.A with Political Science,Public Adminisration and Sociology followed by B.S.W with Social Work, Dynamics of Human Behavior and Social Research.Thereafer,he has done his Post Graduation in Personnel Management and Industrial relations from "TATA INSTITUTE OF SOCIAL SCIENCES"(TISS) MUMBAI.

Prior to joining of Bharat Institute of Engineering & Technology as Placement In-charge, he had served with M/s Mahindra & Mahindra Ltd(CJP), Mumbai and Air- India(International) and held several positions, last 1 being the General Manager-Personnel(Western Region).

As an HR Professional, he had presented many papers on Human Resources Management in India ,USA, Canada,Europe(London,Denmark and Spain). He was also the Editor of English In house quarterly bulletin "The Update" an official mouth piece of Air India Officers Association for about 11 years and Air-India HR bulletin for a short while. He is also the life member of the Administrative staff college of India, (ASCI), Hyderabad. Mr. Raw, had widely traveled to many countries in Asia, Middle East, Europe, USA & Canada.